Put Out or Get Out

I was an unruly teenager. So unruly that I refused to go to school for most of my high school years; my mother would take me to school, thinking if she dropped me off I’d be there, and as soon as she left I’d sneak off campus. I was just wild, and there wasn’t anything she could do about it. This was back in the days when being a wild girl was not at all a good thing. You got a reputation, if you know what I mean.

We had this house on our street that these two brothers owned. It would be the two of them living there all the time, and then there was always a revolving male roommate. One of the brothers, Harold, was a skinny, long-haired blonde with a mustache. He had FLOWING hair, rock star hair, and he fashioned himself a rock and roller, too. Played guitar, sang, had some sound equipment set up in his basement. Yeah, he made me hot. We had our moments.

Then there was the other brother, Larry. Straight arrow. I think he was an accountant or something, he had some kind of “real job”, not like Harold. He was blonde, too, but real conservative looking compared to his brother. He was not exactly what I thought of as sexy, and that might have been partially because he was so nice to me.

When you have a father who’s a sadistic, narcissistic asshole, you don’t know what to do with nice. Nice feels boring. Nice doesn’t inspire lust. But it does inspire friendship, and Larry was, I thought, my friend. We would talk, we would laugh, he never put the moves on me which made him pretty unique in my eyes. I trusted him.

One day Larry got a new car. An orange Roadrunner, I think it was 1976 (yeah, I know how old that makes me). It was a hot car, all brand new and shiny. Of course when he asked me if I wanted to go for a ride, I said yes. I didn’t have a whole lot of “no” in me back then when it came to boys and cars.

We go riding in his new car, we’re talking and laughing, the radio is blaring. He drives WAY out into the country. So far out that I don’t even know where we are, probably at least an hour from home. It’s starting to get dark out, and you know how dark is out in the country. You can’t see your hand in front of your face when it’s full dark. I don’t care, I’m having a good time, riding with my friend in his brand new car.

Then all of a sudden, he pulls over to the side of the road. I asked him what we’re doing, little tiny alarm bell wayyyy in the back of my mind but nothing too scary. I’m with my friend, no worries, right?

And then my friend, who’s never made a pass at me or said a single inappropriate thing to me, says “Put out or get out”. And he’s looking at me with this perfectly straight, “I’m not fucking around with you” face that I have never seen on him before. So I laughed, because this must be some kind of fucking joke, right?

Right. “I’m serious, put out or get out”. He never says my name, I think that was probably part of trying to get up his nerve to, I don’t know, rape me? Pretend I’m not someone he knows. Or maybe he didn’t give a damn that until that moment I’d thought we were friends. But I still didn’t believe that he was serious, because it was pretty incomprehensible to me that I was out in the middle of nofuckingwhere, with no way to get home, on a dark country road, with a guy telling me that either I strip and have sex with him or I could get out and walk. And it was unreal to me that it was someone that I knew. That I thought I knew, anyway, that I thought was my friend.

And this is what I love about my scared to death, crushed spirit, 16 year old self: I didn’t do it. I sat there, scared, miserable, as alone as I’ve ever been in this lifetime, with him staring at me and waiting for me to crumble, and in my head I screamed “FUCK YOU, YOU BASTARD!”. And silently prayed for him not to try to force me because I doubt I’d have resisted if he hurt me. I’d rather be screwed than beat up any day, but if he thought I was just going to cave from some words on the side of a pitch-black road, he was sadly mistaken. But God I was scared.

Sorry son of a bitch. He finally put the car back on the road and drove home. And I never, ever spoke to him or went near him again.

I wonder if he ever thinks about that night and what he did? Probably not, who knows. It was a good lesson for me, though. Watch out for the quiet ones. Although, in all the men that I’ve known over a lifetime, the ones like him have been very few and far between.

One thought on “Put Out or Get Out” 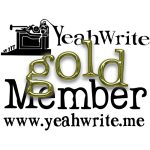